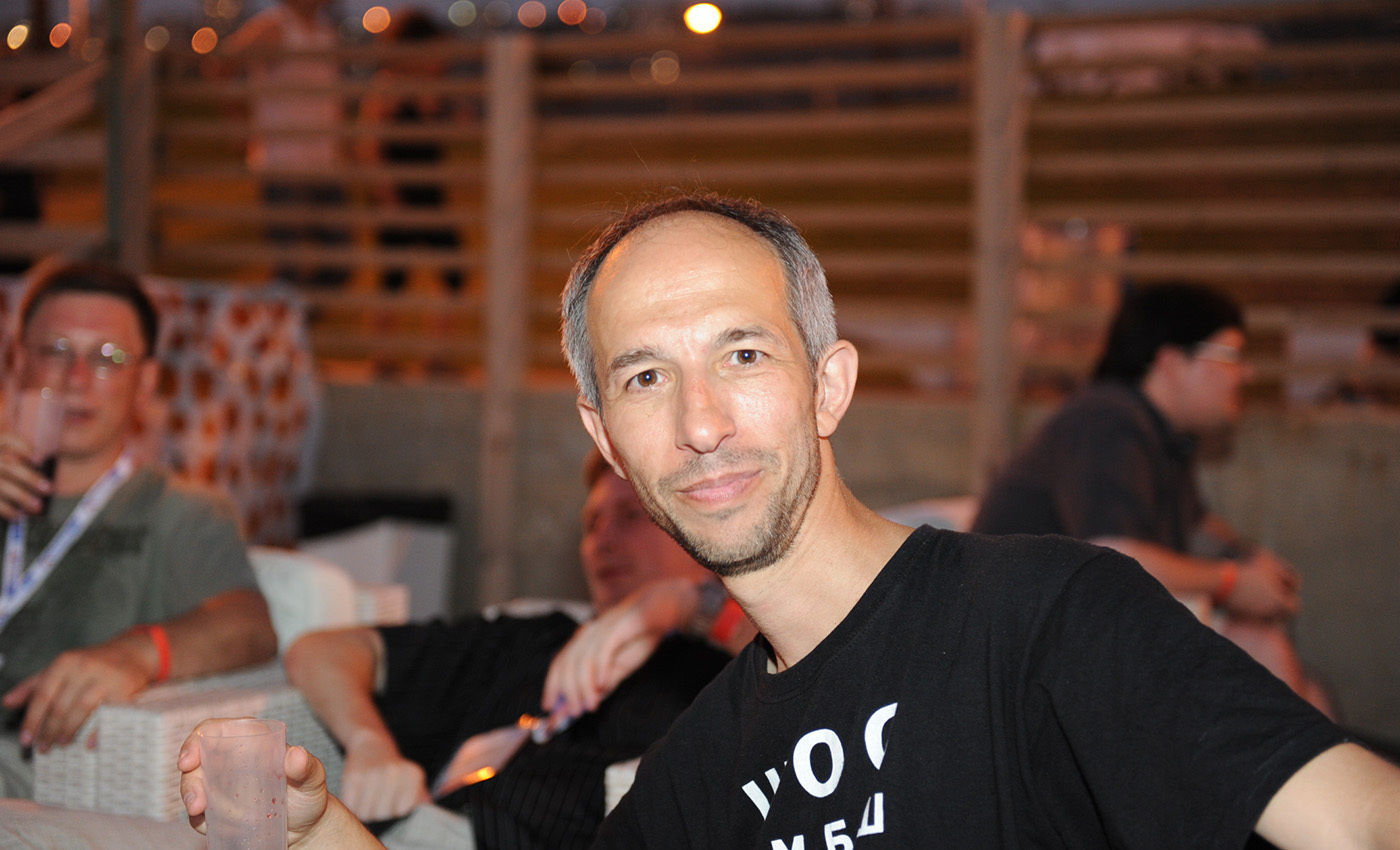 The Russian government has been trying to control media coverage of its activities since the 24 February invasion of Ukraine. Independent media websites have been blocked, as have Facebook and Instagram. And now access to Wikipedia is under threat.

Communications regulator Roskomnadzor, which some call the Russian censorship agency, has issued two warnings to the online encyclopaedia over a Russian-language article about the invasion. Its most recent warning said a Wikipedia page contained “unreliable publicly significant materials, as well as other prohibited information” about Russian operations in Ukraine and that Wikipedia could be fined up to four million roubles. As it requested the deletion of five articles about alleged war crimes in Ukraine, Roskomnadzor claimed that Wikipedia had become the source of “a new line of constant attacks on Russians” and that its articles promoted “an exclusively anti-Russian interpretation of events”.

The Belarusian authorities too are doing their bit to push a self-serving narrative as well as the Kremlin line. This was to be expected of Alexander Lukashenka’s regime, which has become Russian president Vladimir Putin’s number one ally.

‘His heart ached for Wikipedia’

It started with an anonymous channel on the popular encrypted messaging app Telegram. On 10 March, a Telegram channel associated with an alleged troll factory of billionaire businessman Yevgeny Prigozhin published a photo of Mark Bernstein, a Wikipedia editor from the Belarusian capital Minsk. Bernstein’s personal data was also made public and a photo of him bore the following caption: “This person is distributing fake anti-Russian materials.”

Bernstein was detained the very next day by officers from a Belarusian police unit known by its initials GUBOPiK. He was subsequently sentenced by a court to 15 days imprisonment for “disobeying an official”. The details of the case are unknown: the alleged offence suggests Bernstein was not formally charged with anything connected to his Wikipedia activity.

But his fellow Wikipedia editors are sure it is the reason he was picked up.

“If you look at [Bernstein’s] contribution to a whole series of articles about the invasion of Ukraine, he was in the top 10 most productive authors,” says Wikipedia editor Mikhail Gruznov.

Bernstein, 52, had been editing the Russian and Belarusian versions of Wikipedia since 2006. He had made 212,000 edits and written more than 300 articles, many of which were marked with a bronze star as featured pieces, some of the best the encyclopaedia has to offer.

For the Wikipedia community, Bernstein was a decisive force. He had the right to delete articles and he could block users. Indeed, Bernstein had been working on setting up a new Wikimedia Foundation in Belarus and wanted to recruit editors systematically, says Vladimir Rusakovich, also a Wikipedia editor. “The man’s heart ached for Wikipedia,” adds Gruznov.

At the end of March, Roskomnadzor issued a second warning, citing the following violations: the article does not call Russia’s actions in Ukraine a “special military operation” (the official Russian term for the war), and its information on Russian casualties does not match that of the Russian Ministry of Defense.

The agency’s actions led to something called the “Streisand effect,” says Gruznov. The reference is to increased publicity for an article or some information that the authorities are trying to suppress. Ironically, Gruznov points out, Roskomnadzor’s actions led to even more traffic for the Wikipedia article. In the past, he noted, Roskomnadzor had only ever threatened to block Wikipedia over articles about drug use.

The situation escalated after the Telegram channel associated with Putin’s tycoon ally Prigozhin published the personal data of several other Wikipedia editors. Gruznov says that they requested or consented to having their Wikipedia accounts blocked. This was meant to prevent the Belarusian authorities from gaining access to the site in case of their arrest.

These fears turned out to be well-founded.

After Bernstein’s arrest, GUBOPiK’s own Telegram channel posted a screenshot of the original post about him from the anonymous Telegram channel, as well as photos of Bernstein himself as he was detained. The photos and videos were captioned with the word “defaked”, the Belarusian security forces’ play on the term “denazification” that Russia uses to justify invading Ukraine. Bernstein was not released after serving his 15-day prison sentence. Instead, a criminal case was opened against him for “gross violation of the [public] order”, an offence that can result in up to four years in prison.

In Gruznov’s opinion, the Belarusian security forces chose Bernstein “as the easiest victim”. Unlike many other Wikipedia editors, he was “not anonymous and easily accessible, because he lived in Belarus,” Gruznov says.

The threat is real

On 28 March, the regional prosecutor’s office in Brest in southwestern Belarus, reported on a case against a 30-year-old resident. It said the case against the man, referred to only by the initial “P”, had been transferred to court. Prosecutors said “P” had published “highly false information” about the Belarusian police and government on Wikipedia, including their alleged involvement in the 2004 murder of journalist Veronika Cherkasova. The investigation claimed that the Wikipedia publications “discredited the Republic of Belarus,” an offence that carried up to four years in prison.

Sources in the Wikipedia community suggested to Mediazona that the Brest resident, “P”, was, in fact, a user of the website with the nickname Pr12404. He had edited Wikipedia since 2014, making more than 84,000 edits and paying special attention to articles about Belarusian journalists and media outlets that had come under pressure from the authorities.

On 28 December 2021, “P’s”account was blocked, with “Account hijacking/password cracking” listed as the reason. The day before it was blocked, the account was used to make edits on several articles on Belarusian politics and media.For example, a paragraph was removed from an article aboutthe personal sanctions imposed on Lukashenka and an an entire subsection on the mass protests was edited out of an article titled “Freedom of speech in Belarus”.

The sequence of events aroused the suspicions of other Wikipedia editors.

“When someone just comes and removes large chunks from several articles in ten minutes, it is clear that he is doing something bad,” says Wikipedia editor Maxim L. “A person who has more than one edit, who has 80,000 edits, will not do this.” Maxim says he is sure the changes were made by someone who gained access to Pr12402’s account.

The edits made on behalf of Pr12402 have since been undone and the original versions of the pages restored.

The Belarusian Wikipedia community does not know the person who goes by the nickname Pr12402. However, a Twitter account with the same name belongs to someone called Pavel Pernikau from Brest. On Facebook, Pernikau describes himself as a board member of the International Society for Human Rights. (Mediazona contacted this organisation to confirm Pernikau's identity, but did not receive a response.) In 2020-2021, he actively reposted links on social media about the persecution of independent Belarusian journalists and outlets.

The last entry on Pernikau’s Facebook page, dated 17 September, 2021, is a repost. It is about the work of Belarusian journalists, who were forced to relocate from the country.

Three months after “P’s” case was transferred to court, the Belarus Supreme Court’s website reported on a case pertaining to Pavel Alexandrovich Pernikau. On 29 March, a court in Brest considered a complaint regarding his arrest, in a closed session. Pernikau’s trial begins on 6 April.

The campaign against Wikipedia in Russia and Belarus has had a decided effect on how the online encyclopaedia operates. The names of editors in Russia and the changes they make to articles regarding the Ukraine war are now kept well hidden. In Belarus, Wikipedia editors have gone one step further with information about writers and editors hidden in all articles the authorities might deem “seditious,” Maxim says.

“These are all articles related to the conflict in Ukraine, about [the 2020 presidential] elections, repressions, political prisoners,” Maxim notes.

He adds, “As soon as Mark was arrested, they immediately closed [the editing history]. Because it became clear that all this [a Wikipedia editor’s arrest] is now real.”